A day at the zoo

On 02 April 2014, the second-year students of Bachelor Animal Technology of HELHa (Fleurus) went on a trip to the GAIA zoo in the Netherlands in the context of an English speaking exchange with a group of students from Hasselt who are also in an animal-oriented option. There were two goals for this trip. The first one was English as we were in a foreign country with people speaking English and the other goal was to get used to the legislation regarding zoos and enclosures.

It was the opportunity to practise our English outside the school with people of our age and with the same interest for animals. Even though our English levels were very different, we still got to know each other and learn about their studies. It also allowed us to get a better understanding of the differences between our two communities and bypass the chasm of our misunderstanding of the other.

As far as the zoo aspect was concerned we were given a series of questions to answer and a copy of the Belgian legislation to compare with the reality. The questions were about enclosures and their inhabitants, and the fulfillment of the law. We had to choose an enclosure and check if it is legal in Belgium and if the animals in that enclosure showed signs of misbehavior. Most animals seemed in a relative well-being and had an appropriate living space.

On the whole, we spent a nice day in a beautiful place and met interesting people. 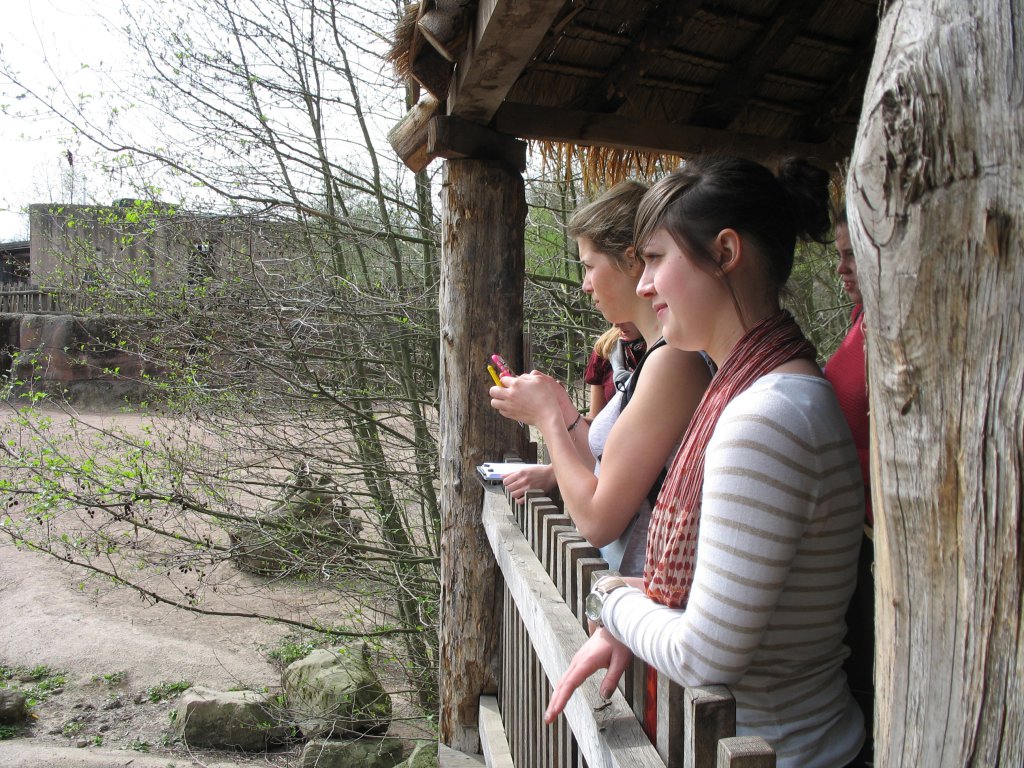